The first decision most people need to make is when to start collecting Social Security.

When to Take Social Security

You have a normal retirement age under Social Security which depends upon when you were born, but for most of us, it will be 66 to 67.  At that age you get your “normal” Social Security amount. 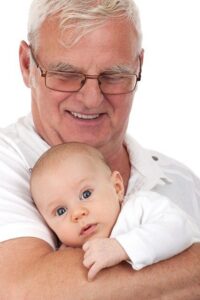 When to Collect Social Security

However, you can collect early any time after 62 and you can delay collecting until 70.

The bottom line is that if you collect after 62 and before your retirement age (67) they will reduce your Social Security benefit by 6.7% each year (reduced rate of 4.1% more than 3 years early).  If you collect as early as possible, your benefit is reduced by 30%. For example, if you would have gotten $1,000 per month at 67 and you collect at 62, you will only get $700 per month for the rest of your life.

If you delay collection after 67, they increase your benefit by 8% for each year you delay.  For example, if would have gotten $1,000 at 67 and you delay to 70 you will get $1,240 per month for the rest of your life from Social Security.

After doing the math, the smart answers become obvious.  First, don’t start collecting early if you can avoid it because the 6.7% reduction is very large. Second, delay collecting Social Security because the increase is even larger.  You essentially earn 8% on your money which is more than triple what you would earn on a high quality bond.  The actuaries have done the math and you come out ahead if you live past 82 if delay collecting until 70.

These figures are before any annual cost-of-living increases.

If You Are Working and Social Security

The calculus on when to collect changes if you are working.  It is often the case that you should wait until full retirement age to start collecting Social Security if you are still working.

You can take your Social Security at any time after age 62 and you can still be working.  However, you should think carefully about taking Social Security if you are working because you may lose a portion of it due to your earnings.  If you haven’t reached full retirement age (66 to 67) and you are working and making over 16,920 (2017 numbers) you will lose 50% of your social security for every dollar you make over $16,920 ($44,880 in some instances).  If you are over the full retirement age, you don’t lose any social security for working.

When to Take Social Security Early at 62

Generally, you want to delay taking Social Security as long as possible.  However, there are some instances in which it is smart or necessary to take it early.

1.  Sometimes, health concerns, lifestyle choices, or family history can indicate that you have a shortened life expectancy.  In this instance taking Social Security at the first possible time may be wise.

2.  If you expect Social Security benefits from your spouses work history, the amount you can collect does not increase after 62, so it often makes sense to start collecting then.

3. If you need the money, it can make sense to take Social Security benefits early.

4.  Sometimes, people want the additional income while they are young and can enjoy it.

6.  If you have a public pension, your social security is often reduced or eliminated by it.  So one strategy is to take Social Security at age 62 to get some benefits as opposed to waiting until full retirement age when it will be eliminated by the public pension.

There are online tools to help you out.  There is a free Social Security benefits calculator at AARP.org or the $40 one at MaximizeMySocialSecurity.com.

When to Take Medicare

Even if you delay collecting your Social Security, you should sign up for Medicare only at age 65.

"I know John on a personal level. I worked with him as the Assistant Controller. Not only was he a great teacher, he is extremely knowledgable and efficient, he gets the job done; not to mention he is also a pleasure and very easy to work with. I highly recommend him."
Elena F.