He lived nearby in Danbury CT and helped her out with things.

Her Will still says her property should be divided among the four children.  Can you get it back for us?

Common scenario and a complicated answer.  Of course, the answer is, it depends.

How Wills and Beneficiary Designations Work 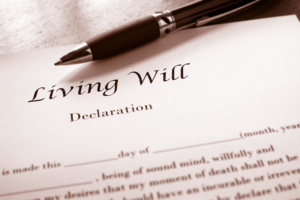 Asset Transfers in CT and NY

In CT and NY, Wills only transfer assets that are in the “probate estate”.  So, transfers before death are not in the probate estate. They are intervivos transfers.   Furthermore, there are a variety of assets which go to certain people based on beneficiary designations or title and are not in the probate estate.  The most common are retirement accounts which are distributed to the beneficiary.  Next are bank accounts or property which is held in joint name which go to the surviving owner.

They Can Transfer Their Assets

The general rule is that a person can change or transfer their assets any way they like. So to understand if property was improperly transferred, there are two basic questions. First, was Mom Competent? Second, even if Mom was competent, was she under Undue Influence?

The answer is that if Mom was competent and not under undue influence, the transfers and changes in title are effective and cannot be reversed.

The other children can seek to reverse the transfers under various theories if Mom was not competent or was under undue influence.  However, the big problem is proving either of these.  Normally, Mom is gone and we can’t talk to her.  Sometimes the transfers occurred years before her death.  So Mom’s competence or the undue influence has to be proven with circumstantial evidence years after it happened.

The case law has come out in various places.   Where Mom was very sick, frail, weak and with a reduced mental capacity and the son treated Mom badly, the transfers were reversed.  Where the daughter gave up her nursing career to move in with Mom and tend to her in her last years, the transfers were honored.  But most cases are not so black and white and fall in the gray.

In Connecticut, undue influence is defined as, “the exercise of sufficient control over a person, the validity of whose act is brought in question to destroy his free agency and constrain him to do what he would not have done if such control had not been exercised.” New York has similar rules and definitions.

In Connecticut, “competent” means the person must have the mental capacity sufficient to comprehend the nature, extent and consequence of the transfers. New York has similar rules and definitions.

Generally, the Children have the burden of proof and have to show incompetence or undue influence.  In addition, generally the transfers need to be contested within 3 years.

In conclusion, transfers can be reversed, but it is a difficult process, it is difficult to prove, and it has to be done in time.